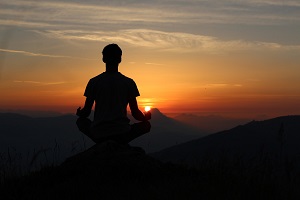 Meditation has a history that spans millenia and today in the form of mindfulness it is increasingly being used in the treatment of mental health issues and other chronic conditions, particularly those involving pain, such as fibromyalgia, and mental health like depression and anxiety. Most think of meditation as sitting quietely with legs crossed while attempting to ignore all external environmental stimuli, clearing the mind of all everyday thoughts and worries. This is certainly one way to look at meditation, but while the practical principles above are simple, there is much more to meditation and it can take many forms, and many years of regular practice to master, as we shall discover.

Everybody will be aware that meditation and minfulness practice originated in the Far East in philosophies and religions such as Buddhism and Hinduism. You may imagine the stereotypical image og the Buddha in cross-legged pose queitely contemplating. What you may be surprised to learn is that some early forms of Christianity, such as Celtic Christianity, also involved contemplative practices akin to Eastern meditation. The connection religions may put some people off from even trying any form of meditation. Yet this is a practice that can be performed entirely free from any connection to religion, so unless your own religious beliefs strictly forbid it, there really is no reason not to reap the benefits meditation and mindfulness can bring.

A brief history of the origins of meditation is thus:

Some of the earliest written records of meditation (Dhyana), come from the Hindu traditions of Vedantism around 1500 BCE. The Vedas discuss the meditative traditions of ancient India. Around the 6th to 5th centuries BCE, other forms of meditation developed in Taoist China and Buddhist India. Dhyana in early Buddhism also takes influence on Vedanta by ca. the 4th century BCE. (Wikipedia)

Regular practice of meditation has a huge number of benefits for the practitioner. Essentially, meditation acts to bring the two hemispheres of the brain into closer alignment. In very simple terms, the left side of the brain is focused on analytical tasks, while the right gives us our creativity. By having this physiological effect on the brain, meditation gives the practitioner a sense of mental clarity, expanded awareness, focus, and sense of wellbeing; among many other positive effects, including ultimately what is known as 'enlightnment'; the sense of being truly at one with all of existence. The mental and emotional benefits are usually experienced quickly, often the first time you meditate (if performed correctly). However, they are greatly enhanced by the length of time spent meditating and the regularity of practice. It's safe to say however that true enlightenment is only attained by a very select few after decades of dedication; yet the more casual meditator still has much to gain from regular practice. And the great thing about meditation is it is free and can be learned and practiced by anyone, from children to the elderly whom will all benefit in some way as you shall see from the list below.

The following is a short list of the scientifically-validated health benefits meditation is known to give us:

Mindfulness
Mindfulness is perhaps the most practiced form of meditation in the developed world thanks in large part to much research, media popularity, and it now being integrated into mainstream mental health care by allopathic and alternative medicine practitioners alike. Additionally, mindfulness is how most people first think of meditation, or that it is the only form. It can be practiced in many ways; but a formal example involves sitting peacefully, in a quiet and comfortable space and attempting to clear the mind of all thought; particularly the daily worries we all have flying around our brains every second. This may not be as simple as it sounds for most of us, since we're accustomed to a fast-paced life and constant thought. However, with practice and the correct guidance it can be done and is a wonderful and exhilerating experience and gives an enormous sense of freedom from worry.

Alternatively, as many mindfulness experts will tell us, the practice is simply about living "in the moment" and focusing 100% on the task we are currently carrying out, be it washing the dishes or reading a book. This focus if maintained, teaches our brains to do this naturally and over time we will experience less of those worrying thoughts constantly nagging at us and experience more peace, health and sense of wellbeing.

Mindfulness and meditation are intertwined since as according to Wikipedia: Mindfulness is the psychological process of bringing one's attention to experiences occurring in the present moment, which one can develop through the practice of meditation and through other training. Research studies have consistently shown a positive relationship between trait mindfulness and psychological health.

Mantra Meditation
The use of a mantra in meditation practices is as old as the religions that spawned it. A mantra is simply a word or short phrase which the meditator repeats over and over in a rhythmic fashion. This is typically performed while sitting still in a set position and either focusing visually on a symbolic item or with eyes closed. Mantra meditation, also referred to as 'chanting', works as any other form of meditation to bring the two hemispheres of the brain into closer alignment through the action of the rythmic sounds. Much research has gone into investigating the effects of sound on the brain and how certain forms (e.g. binaural sound - you may have seen such CDs) it promotes the alignment of the two brain hemispheres.

An example of a meditation practice which utilizes a mantra is promoted by the Soka Gakkai International (SGI). This is an organization involved with sharing the Buddhist teachings of Nichiren Daishonin who based his philosophy and teachings on a select set of Buddhist scriptures known as the Lotus Sutra. His humanistic Buddism involves performing daily 'gongyo', including repetition of a short phrase - Nam Myōhō Renge Kyō - which roughly translates to "Devotion to the Mystic Law of the Lotus Sutra." Gongyo can be performed either alone or in groups, which may heighten its beneficial effects. This is but one of many examples of mantra meditation but if you wish to learn more, visit https://www.sgi.org/.

Zen Meditation
When we refer to 'Zen', we are talking about a form of Buddhism. Over the past few decades it has become popular in general conversation to refer to yourself or things as being Zen. But the true nature of Zen is deep, providing great health benefits; but ultimately it is about a deeper understanf of the self and spiritual awakening. We could find no better description of this then at MindWorks.org - so thank you to them for the following:

Zen meditation is a traditional Buddhist discipline which can be practiced by new and seasoned meditators alike. One of the many benefits of Zen meditation is that it provides insight into how the mind works. As with other forms of Buddhist meditation, Zen practice can benefit people in myriad ways, including providing tools to help cope with depression and anxiety issues. The deepest purpose is spiritual, as the practice of Zen meditation uncovers the innate clarity and workability of the mind. In Zen, experiencing this original nature of mind is experiencing awakening.

Transcendental Meditation®
This meditation technique has had somewhat of a mixed response from meditation experts and the media over the years since its inception by Maharishi Mahesh Yogi® relatively recently in meditation terms. Perhaps the reputation is because sometimes comes across as being more business-orientated than spiritually or philanthropic. However, many people rave about it changing their lives, including big name celebrities such as Ellen Degeneres. Perhaps it is best to let the organisation speak for themselves:

Transcendental Meditation® is a simple, natural, effortless technique practised 20 minutes twice a day while sitting comfortably. It enables mind and body to access a special quality of rest. Over ten million people of all ages, cultures and religions have learnt TM. Anyone can learn!

1. Absolutely effortless - Anyone can do it
2. Includes one-on-one sessions - Personalised instruction with an accredited TM teacher
3. Consistently effective - Hundreds of published research studies

Nobody could argue that these statements don't fit with the nature and goals of meditation as a whole and with so much research to back up the practice, maybe it should be considered as legitimate as more traditional forms. You can decide for yourself by visiting https://www.tm.org/

Other Forms
There exist too many specific forms of meditation to go into detail of each one here, so we have just provided a few popular examples. There is a whole ecosystem of meditation techniques out there that differ only in origin and certain specifics but all share the same aims and benefits. If you wish to learn more or share what you know of these other meditation techniques, why not join our Meditation & Mindfulness Discussion Group.

After reading of the benefits of meditation and mindfulness above it will be obvious that regular practice could have life-changing benefits for those affected by environmental and/ or invisible illnesses. For example, as someone living with fibromyalgia why would you not want the pain relief meditation is proven to provide. Or, especially as someone battling mental illness like anxiety or depression, it would be a huge shame if you didn't give meditation and mindfulness a try; yes the initial motivation may be a struggle but practicing meditation regularly could literally transform your view of yourself and the world and open up exciting new opportunities you hadn't imagined would ever be possible. And finally, sleep disturbances plague everyone with an invisible illness, as well you may know, and good quality sleep is vital for more energy, less pain, and better mood the following day; so meditation can help reduce multiple symptoms simply by improving your sleep.

Anyone who has the ultimate misfortune to have developed an invisible illness could be quickly filled with hope of a better life if they just gave meditation a try. As discussed, it's free and it only takes some regular practice to master but you will quickly see your health and your life changing for the better!

As mentioned previously, meditation and mindfulness are entirely free and accessible to anyone, of any age, gender or background. You can teach yourself online through websites, blogs, YouTube, or social media channels. There will also be many classes available in your local area, wherever you live, and some of these will also be free. Of course the only caveat to learning meditation or mindfulness practice is not to try it while you're doing something like driving, safety first!

In the case of meditation and mindfulness, the phrase "healthy body, healthy mind" is switched literally on its head to become "healthy mind, healthy body"! As we've discovered, the medically-proven health benefits of regular meditation already make for a lengthy list, and this will surely only grow as researchers investigate further. So make meditation, in the form that suits you best, a daily routine and make it your exercise for the mind, just as you'd take a walk for physical exercise. The effects of meditation on your life will undoubtedly surprise you in the most positive of ways. 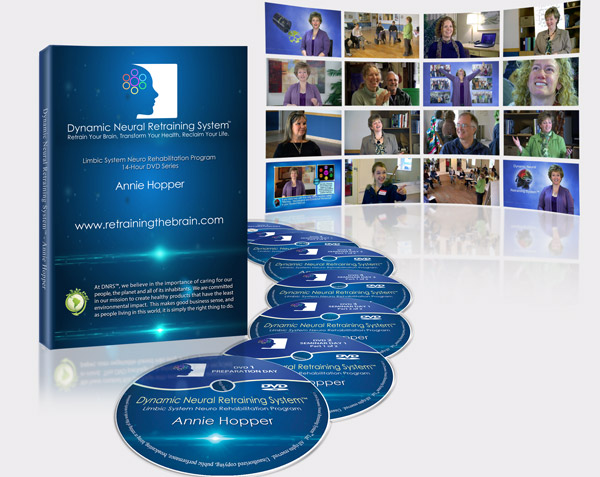