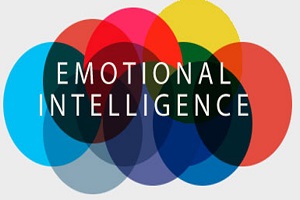 The term 'Emotional Intelligence', which has now become an entire field of psychology in its own right, was coined by Peter Salovey and John D. Mayer in 1990. However, it was Harvard psychology student Daniel Goleman who brought it to prominence and into common use with his book of the same name a few years later. Much in the way that the intelligence quotient (IQ) is used to measure a person's analytical skills and decision making ability, emotional intelligence (EQ) looks at how well people handle emotions and the influence this has on the likes of social skills, relationships and behavior.

Goleman argued that our view of human intelligence was too narrow with its focus on IQ testing, and that a high IQ alone is not a guarantee of success in life; however you wish to define success. He correctly, we would argue, was hugely insightful in seeing that our emotions play a major role in our thoughts, decision making and individual success. Modern research into brain architecture and function, along with observing the qualities of successful individuals, led Goleman to the conclusion that factors including self-awareness, impulse control, motivation, social deftness and empathy, are equally important as IQ when it comes to successfully achieving our goals in life. Excitingly, emotional intelligence is not governed by our genetics so much as our IQ so it can be nutured and devloped; and we'll get into a bit of how below.

As with many areas of positive psychology we explore on this website, a lot of what emotional intelligence represents is based on the scientific knowledge that the left side of the brain is primarily focused on analytical and practical tasks, while the right gives us our creativity and artistic tendancies and motivations. Its quite incredible now to imagine that before the publication of Emotional Intelligence, nobody had successfully brought to public (and scientific) attention the fact that education and society focused solely on IQ and gaining academic awards, in traditional subjects like mathematics and the physical sciences, was like looking at the world and the people in it with only one eye open.

So we can crudely define IQ as a measure of a person's left brain function, and EQ as a measure of their right brain function. Google's dictionary defines emotional intelligence as: the capacity to be aware of, control, and express one's emotions, and to handle interpersonal relationships judiciously and empathetically - "emotional intelligence is the key to both personal and professional success".

Salovey and Mayer originally described it as “a form of social intelligence that involves the ability to monitor one’s own and others’ feelings and emotions, to discriminate among them, and to use this information to guide one’s thinking and action”.

Following on from Salovey and Mayer's work, The book Emotional Intelligence was first published to great acclaim in 1996 by Goleman, followed swiftly by Working with Emotional Intelligence in 1998. These have been followed by more titles, most notable of which is Destructive Emotions: And How We Can Overcome Them, in which Goleman recounts his discussions with His Holiness the Dalai Lama, who represents the Gelug school of Tibetan Buddhism.

As discussed in the introduction, Salovey, Mayer and Goleman saw that new research into the brain and neurology and changes in society coming into the 21st Century, meant that IQ alone was an outdated concept and captured only a fraction of who we are as individuals. A counter-balance was required to provide a more rounded and holistic view of ourselves, as human beings.

You've no doubt met many people who are highly intelligent ('book smart') yet lack the social skills and motivation to use their high IQs to their full potential. In a section of Emotional Intelligence titled 'Emotional Intelligence And Destiny'(p.35), Goleman describes a study which followed ninety-five Harvard educated men into middle-age. This study found quite clearly that those students who had achieved the highest test scores in college did not go on to live more successful lives, nor were they happier or more fulfilled, often quite the opposite in fact. In Emotional Intelligence, Goleman looks into the other side of the coin and provides evidence-based explanations for this, and crucially, how anyone (high IQ or not) can develop their emotional intelligence to achieve whatever it is they wish to achieve.

Goleman describes emotionally intelligent people as those with four characteristics:

Do you see any, or all, of these traits in yourself? It's perfectly normal to be good at one or two of the four but not so much the others. Not to worry if you don't already excell at all of these things, that's what this website and countless other resources, including the books of Goleman and others, are here to help you with. As has already been stated, emotional intelligence is something you can work on and develop as a form self-improvement. In doing so you will improve your own life and reach more of your goals, but also have a more positive influence on those around you and even society as a whole.

We won't go into too much detail on this page about the ins and outs and the hows and whys of emotional intelligence since that's what the rest of our website and community are here for. We have many articles and other resources available for you to discover more of the details, so browse on.

If this subject interests you or you're knowledgeable already and wish to share with the EiR Psychology community, why not register and join our dedicated Emotional Intelligence (EQ) Discussion Group.

As we also have a particular interest in environmental / invisible illness here we would be remiss not to look into how developing your emotional intelligence may be of benefit to your health when battling these devastating illnesses; with the crippling pain of fibromyalgia or the lonely life of those affected by multiple chemical sensitivity (MCS) or mold related illness, for example.

There are a number of ways in which learning more about this subject could help you. Here's how developing your emotional intelligence could help you in your daily life with invisible illness based on Goleman's four points above:

Understanding Your Emotions
Invisible illnesses bring with them a lot of emotional baggage. Aside from having to deal with your symptoms, you're also likely faced with doctors who don't believe you're physically sick or won't give you a diagnosis, which may give you some peace of mind or direction at least. Developing your EQ to better understand the swirl of emotions you're experiencing is the first step to figuring out what to do next.

Managing Your Emotions
Learning to manage your emotions is a very useful skill to have. As we know the mind and body are inextricably linked, so all those negative emotions surrounding your invisible illness are something you need to get a handle on. Through simply managing your negative emotions by developing your EQ, you'll automatically start to feel better with fewer stress hormones like cortisol and other destructive molecules coursing through your body. In addition, when you're able to manage your emotions in specific situations you will have more chance of getting the result you want. Take the stubborn and ignorant doctor for example, if you can remain calm you'll be better able to explain your symptoms and what you suspect your illness to be, and the doctor is more likely to be forthcoming with both a diagnosis and potentially helpful tests and treatment.

Empathy & Understanding the Emotional Drives of Others
Using your growing emotional intelligence to empathize and understand the emotions of people around you can also be very useful. There aren't many people who understand or even acknowledge invisible illnesses, unless they have them (or have had them) themselves. This is why the best doctors for those with invisible illnesses to consult are those who've experienced them firsthand (although obviously you'll be lucky to find one). However, if you're able to understand the emotions of others, you will understand their words and actions towards you, however misguided they may be.

Handling the Emotions of Others
Following on from the above, understanding the emotions of others gives you the ability to choose communication methods and skills that might actually bring them to understand you and invisible illnesses much better. If your partner is mad at you because you're too tired to attend a social event, for example, by first managing your own inevitable anger and resentment and understanding why they are mad (they'll be missing out too), through a developed EQ you can calmly explain you're genuinely too sick to go out and hopefully your partner will understand and instead you can enjoy a night on the sofa binging on boxsets and getting a take out! If your partner still doesn't understand and remains angry, you still have control of your own emotions and can firmly tell them it's not your fault you're sick and that's just the way it is. There are many other situations where being able to handle the emotions of others can be of great use to you and these are explored elsewhere on EiR Psychology.

It's a mystery why emotional intelligence was neglected for so long; but then again so has mental illness faced huge stigma until recent years and well-known figures bravely speaking out. But now there's a huge amount of information about EQ (on this website and elsewhere) that will help you to develop your EQ and enable you to benefit in every aspect of your life. This could be in improving your health through the mind-body connection or enjoying more fulfilling relationships with family, friends, coworkers and new people you meet. So, learn more about EQ and start working on improving yours today and you'll reap the many positive changes it will bring to your life.