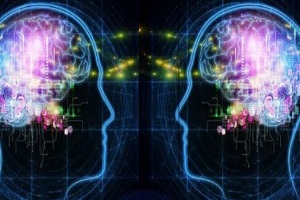 The scientific disciplines of biology and psychology may seem far removed from each other, or even opposing, but a large body of research now supports the notion that biology and psychology (or mind and body, if you prefer) are inseperable. For example, neurotransmitters that were once thought to operate only in the brain and affect such things as mood and memory, are now known to have effects throughout the body. This understanding has given rise to the relatively new area of psychology, known as biological psychology.

Biological psychology is now established as one of the multitude of different branches of psychology. It is obvious from the name that its focus is on the way an individual's biological makeup and physiology contribute to their psychology and the behaviors that they exhibit as a result, both in health and illness.

The discipline can be defined in numerous ways, so here are just a couple that capture its essence succinctly:

"Behavioral neuroscience, also known as biological psychology, biopsychology, or psychobiology, is the application of the principles of biology to the study of physiological, genetic, and developmental mechanisms of behavior in humans and other animals." (Wikipedia)

Although we may see biological psychology as a relatively new discipline, it in fact can be traced all the way back to philoshophers and scientists of the 18th and 19th centuries. Descartes for example developed physical models which explained the behavior of both animals and humans; while one of the earliest textbooks on the subject of psychobiology (as it has been traditionally named), The Principles of Psychology by William James, argued that the scientific study of psychology should be grounded in an understanding of biology.

However, it is only recent research by the likes of Candace B. Pert, Ph.D. that led to the confirmation that biological processes within a person's entire physical physiology could explain their psychological traits, moods and behaviors. Pert has been a pioneer in showing that neurotransmitters, hormones, immune signaling molecules (e.g. cytokines & chemokines) and more are active throughout both the body and brain - and thus affect both the physical and mental aspects of an individual's health. It had previously been assumed by many that neurotransmitters only acted in the brain, while certain immune chemicals affected only local regions of the pysical body, for example. Her book Molecules of Emotion is highly recommended reading.

Here is a wonderful taste of the wisdom Dr. Pert has and her insight into biological psychology:

"Most psychologists treat the mind as disembodied, a phenomenon with little or no connection to the physical body. Conversely physicians treat the body with no regard to the mind or the emotions. But the body and mind are not separate, and we cannot treat one without the other." - Dr. Candace Pert

For more on the earlier history of biological psychology, or psychobiology, please see here.

For those affected by environmental and invisible illness, biological psychology may come as something of a revelation. In one fell swoop it gives legitimacy to all the odd psychological symptoms associated with invisible illness, such as brain fog, poor focus and concentration, mental fatigue due to sensory overload and so forth (we all know the list is endless). Mood disorders can also be classed as invisible illnesses and in biological psychology it is presumed that the likes of depression and anxiety disorders have a biological (or physical) cause. Essentially, the words "it's all in your head" are rendered meaningless and consigned to the garbage bin as a relic of outdated thinking (as they should be!).

This gives invisible illness patients a form of psychology that they can relate to and may well obtain some benefit from exploring. This in stark contrast to traditional psychology which often leaves patients feeling bad about themselves, questioning whether they are in fact mentally ill, or simply very angry.

Many of the concepts underlying biological psychology overlap with those of mind-body medicine; it is only the means in which the knowledge is used that differs. While mind-body medicine encompasses a whole range of different techniques and practices to achieve or maintain optimum health and well-being, biological psychology follows is a therapy in and of itself. The following aims to provide basic insight into how this therapy works in practice.

SimplyPsychology.org explains that a biological perspective to the science of psychology is useful in three ways:

1. Comparative Method: different species of animal can be studied and compared. This can help in the search to understand human behavior.

3. Investigation of Inheritance: what an animal inherits from its parents, mechanisms of inheritance (genetics). For example, we might want to know whether high intelligence is inherited from one generation to the next.

As patients or others interested in environmental and invisible illnesses we can extrapolate from the above and make each point more relevant to our subject of interest like this:

1. Comparative Method: different species of animal can be studied and compared. This can help us understand whether when exposed to similar stressors to those experienced at the onset of an invisible illness, animals show symptoms or behaviors that suggest they too develop the likes of chronic fatigue syndrome (ME/CFS), multiple chemical sensitivity (MCS), autism, or post traumatic stress disorder (PTSD).

2. Physiology: how neurotransmitter and hormone levels, immune system components and function, and brain function compares between healthy individuals and those battling environmental and invisible illnesses; and can manipulation of these through traditional or alternative medical means lead patient's to recover.

3. Investigation of Inheritence: did we inherit a predisposition to environmental or invisible illness from our parents? Pinpointing specific genetic markers which give an individual a higher risk for developing these illnesses could lead to early interventions and teaching specific lifestyles as parents that reduce the risk of our own children developing these cruel conditions.

It is quite clear that biological psychology has a lot to offer the environmental and/or invisible illness sufferer - both now and in the future. Since the mind-body axis is a two-way street, perhaps making alterations to our psychological outlook or lifestyles can significantly reduce the impact these illnesses have on our lives, or even lead to full recovery. The power of the mind to alter our physiology is boundless and it is far from outside the realms of possibility that focusing on our psychology first could lead to restoration of our physical health.