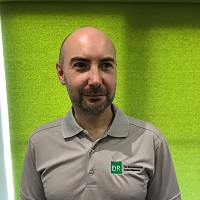 EiR Psychology was founded in 2018 by Matthew Hogg (Maff), after previously founding The Environmental Illness Resource (EiR) as it is today in 2008. Matthew was diagnosed with chronic fatigue syndrome (ME/CFS) on his 12th birthday in 1991 after days of tests as a hospital in-patient ruled out any "recognized" illness present. After spending his teenage years in denial and stubbornly continuing to do all that teenagers do, despite the repercussions, he subsequently developed irritable bowel syndrome (IBS), with severe gut dysbiosis and leaky gut syndrome, multiple chemical sensitivity (MCS), and finally seasonal depression (SAD) and generalized anxiety disorder (GAD).

Despite the above, Matthew was determined to turn all of his suffering into a positive and began what was originally a personal website telling his story in 2003. This website grew into what is now The Environmental Illness Resource, a community and information website with thousands of pages and member posts, with a membership of 6000 and a social media following also in the many thousands.

Matthew's journey led him to initially focus solely on treating the physical body, seeing a multitude of different medical doctors, environmental medicine specialists, nutritionists and more - even flying from the UK to Mexico for three weeks of treatment at an alternative therapy clinic focusing on high tech oxygen and nutritional therapies. All the while he was also pursuing self-treatment with every nutritional supplement under the sun - all at a stratospheric financial cost to him and his family.

All of this was to no avail personally however, aside from recovery from MCS (yes, it is possible!). Matthew came to realize that focusing only on treating the physical was entirely futile, since science had by now showed that mind and body are inseperable and completely intertwined. As Candace B. Pert, Ph.D. puts it in her amazing book Molecules of Emotion:

"Most psychologists treat the mind as disembodied, a phenomenon with little or no connection to the physical body. Conversely physicians treat the body with no regard to the mind or the emotions. But the body and mind are not separate, and we cannot treat one without the other." - Dr. Candace Pert

Matthew felt a universal truth in these words and began looking more and more at psychology and how it had shaped his life and contributed to his ill-health. He first began practicing mantra meditation for 30 minutes twice daily which really opened his eyes to the realms of possibility in the mind and spirit. He then trained in Clinical Hypnotherapy, Neuro-Linguistic Programming (NLP) and Time Line Therapy (TLT) and became a member of The American Board of Hypnotherapy (ABH) and The American Board of Neuro-Linguistic Programming (ABNLP) in 2017.

Ultimately, this led Matthew to pursue a holistic approach to his own health and that of others and found EiR Psychology.

Matthew has over the years had his written works cited or published in many books, magazines and newspapers and he has personally appeared on television and radio on major channels and shows internationally.

"Only by pursuing therapies in the spheres of both physical medicine and psychology can we ever be truly healthy and happy." - Matthew Hogg